Can You Drink Alcohol When Sailing? 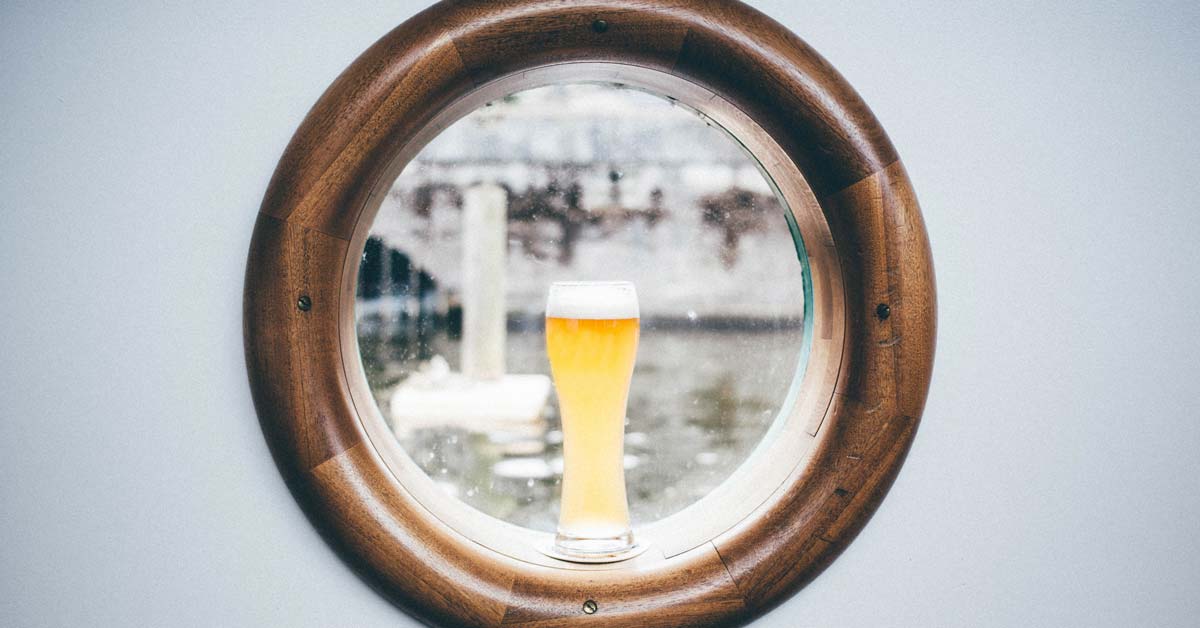 There's a reason why sailors or boaters are often advised to never mix alcohol and sailing. Almost 16% of boating accidents and fatalities involve alcohol. This should be a reason enough not to consume alcohol when sailing.

We all know that it's wrong to consume alcohol while driving. But when it comes to sailing some people are still in limbo as to whether it's wrong to drink alcohol when sailing. This is perhaps because most people are unaware of drinking and sailing laws, which may vary from state to state but still revolve within the same boundaries. Even though sailing and boating, in general, is often a fun activity that usually involves drinking and partying, sailing while intoxicated is, without a doubt, an idiosyncratic way of ruining a good time on the water. In fact, it can lead to injury, lawsuits, jail time, and worst still, death.

While it isn't against the law to have or even drink alcohol on a boat, it is illegal to operate any water vessel while intoxicated or under the influence of alcohol or any other drug. The idea here is that your judgment, coordination, balance, vision, and reaction can significantly decline after consuming alcohol.

For this reason, the blood alcohol limit is 0.08%, which is the same as that of driving a car. In many states, operating a boat while under the influence of alcohol is a federal offense that may attract fines as high as $5,000 and/or even jail time. This, of course, applies to any type of boat including a sailboat, kayak, canoe, rowboat, or motorboat.

Boating Under the Influence (BUI) laws may vary from state to state and the penalties inflicted may also vary. However, it's generally illegal in every state in the U.S. to operate any type of boat when intoxicated.

Risks of Drinking Alcohol when Sailing

Operating a sailboat when your faculties are impaired as a result of alcohol consumption is probably more dangerous than operating an automobile. When sailing, it's always crucial that you're fully aware of the currents, tides, wind, as well as invisible things that may be underwater. You should also be totally aware of other boaters, people, objects in the water, and weather. As such, your judgment, coordination, vision, balance, and reaction should be optimal at all times. Unfortunately, these crucial features can go south when you're intoxicated and this may leave you in a very precarious situation.

According to a report published by the American Boating Association, alcohol consumption causes nearly 50% of boating accidents and 16% of boating deaths. The Coast Guard cautions that boaters (or sailors for that matter) who have a blood alcohol limit of 0.10% or higher are 10 times more likely to be killed in a boating accident than boaters who are sober.

Scientifically speaking, alcohol works as a depressant of the central nervous system. This means that it will slow down your thinking capacity and bodily functions. It can also interfere with your decision-making abilities while also slowing down your reactions and reflexes. You'll not only become sleepy but also lethargic. That's not all; it will interfere with your normal balance, interfere with your hearing capacity. All these factors can significantly increase your chances of drowning or making a poor judgment in case there's a boating accident.

Whether it's emotional, physical, or cognitive impairment, the changes caused on your brain and body by alcohol can be deadly, particularly on the water. Sailing while intoxicated will obviously increase your chances of taking reckless actions, falling off the boat, and even drowning. It increases the odds of injuring yourself, those on board, as well as other people in the area, let alone damaging the boat.

It is, of course, not illegal to bring or drink alcohol on your boat. However, it is illegal to propel the vessel when your blood alcohol level is over the 0.08% limit. This law will typically affect the individual who is in charge of the boat. After all, alcohol and sailing laws aren't as complicated as many people think. If anything, they're the same as those of drinking and driving.

Similarly, the same law applies to the use of any drug. It's also worth noting that the passengers may be free of any restrictions provided that they do not go near the rudder. All in all, it's always advisable to drink responsibly on the boat whether you're in charge of the boat or just a mere passenger. In essence, the alcohol and sailing laws are put in place to ensure the safety of everyone on board so it's vital that we all adhere to them.

Consequences of Sailing under the Influence of Alcohol

Needless to say, the combination of alcohol and sailing can be a deadly one. There may be serious consequences for sailing with alcohol. You may pose a serious threat to yourself and to others if you decide to sail when intoxicated. There will be law enforcement officers who will carry a test to find your blood alcohol level in order to establish whether or not you're intoxicated. In some instances, appearing to be impaired as well as the presence of alcohol may lead to penalties and fines even if your blood alcohol levels are under 0.08%.

Generally, your voyage will be terminated once you fail the tests. A non-drinking member of the boat may have to sail to the shore and the law enforcement may even impound the boat altogether.

Penalties for Drinking and Sailing

While the penalties for boating while intoxicated may vary from state to state, the general penalties include:

Guidelines for Drinking and Sailing Safely

It is not against the law to drink alcohol while sailing provided that your blood alcohol level doesn't exceed the stipulated threshold. It's, therefore, important to be aware of the laws of your location and the probable penalties of operating a boat when intoxicated. The best thing to do is to stick to the same guidelines that apply when it comes to driving a car while consuming alcohol.

Although some people may operate a sailboat while drinking small levels of alcohol, there's precisely no safe amount of alcohol that you can drink and still operate a sailboat. As such, the best thing to do is to avoid drinking alcohol when out there sailing. Honestly speaking, alcohol may affect each one of us differently but being out there sailing and drinking isn't advisable. Things can get more complicated if you're sailing while intoxicated so you should avoid drinking alcohol when sailing.

If you have to drink while sailing, you can choose to take a different route and go for lots of water and non-alcoholic beverages. It's much better to stay completely hydrated when out there on the water. More importantly, you should make sure that you wear a life jacket or a floatation device at all times.

But if you're of the legal drinking age and have to drink while sailing, it's of great importance that you drink responsibly. According to the National Institute on Alcohol Abuse and Alcoholism, you can have a "standard drink" and still be okay to sail. This can either be one beer, a glass of wine, or a shot of distilled whiskey or spirit. You should avoid drinking more than a can of beer, a glass of wine, or a shot of spirit within an hour or two. We must, however, emphasize that it would be a lot better to abstain from drinking alcohol if you're going to operate a boat.

Again, it's important to ensure that the passengers drink responsibly so that everybody can stay safe. It has been reported that boat passengers are also likely to be involved in dangerous incidents such as falling overboard, capsizing the boats, or even drowning as a result of being intoxicated.

As a sailor, it's your responsibility to ensure that you and your passengers meet the legal requirement regarding drinking and sailing. Before anyone on the boat opens any liquor or beer on the boat make sure that they understand the rules, drink responsibly, and behave accordingly. This is of great importance in ensuring that everyone on the boat stays safe. More importantly, you should stay sober at all times, refrain from drinking alcohol, and ensure that everyone gets home safe. Keep in mind that drinking while sailing is always ILLEGAL.

While the laws of drinking and sailing may vary from state to state, the underlying conclusion is; do not consume alcohol or any drug for that matter if you're in charge of a boat.

Can You Drink Alcohol When Sailing?