Can You Live On A Sailboat Year Round? 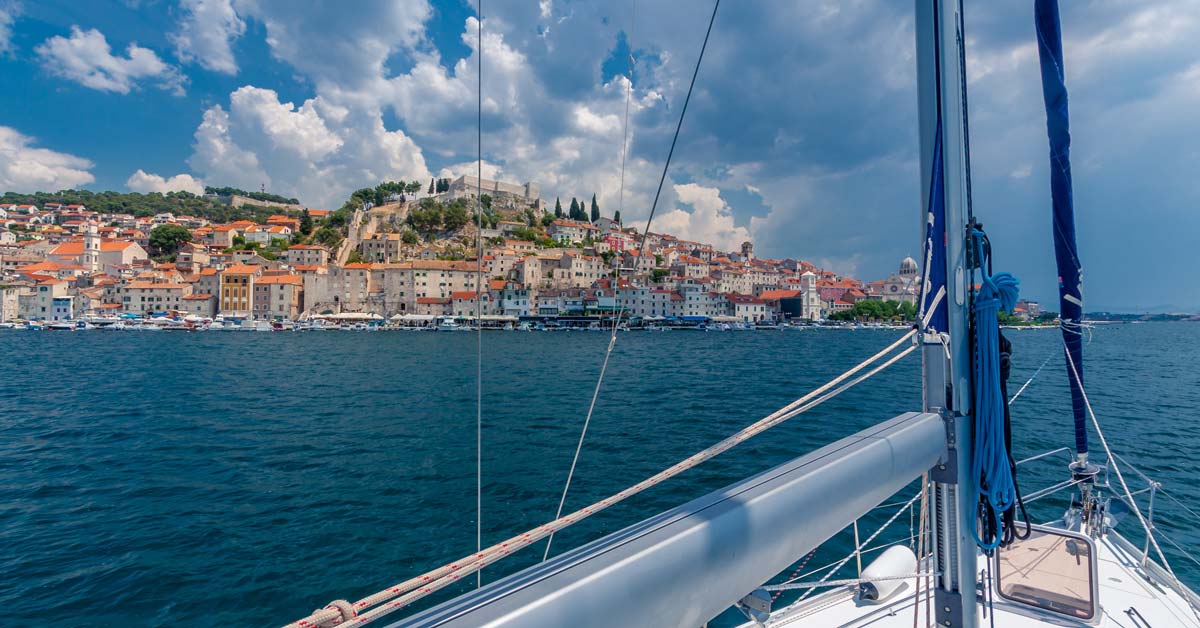 Living aboard a sailboat is such a cool way to live. It’s a unique experience that many people feel immediately drawn to.

The short answer is yes, you can absolutely live on a sailboat year round, and many people do so all over the world. We speculate that between 50,000 – 100,000 people liveaboard a sailboat. Unfortunately it’s nearly impossible to get an accurate count, given the very independent nature of the lifestyle.

There is something romantic about the idea of being free to sail wherever you desire at the drop of a hat; the ability to move your entire home not just from coast to coast but from country to country. That being said, living aboard a sailboat isn’t for everyone. This article will cover why, or why not, you might choose to live on a sailboat and whether you can live on one year-round.

Why do people choose to live on a sailboat?

Marinas are very safe and secure places. They are fitted with advanced gates, CCTV, and staffed by well-trained security personnel. Your home is perfectly safe in a Marina, it is far safer than living in a normal home. Unless you live in a heavily guarded gated community a marina is going to be far safer for you. This peace of mind is a big deal for many people, living aboard a boat is much safer than many people realize.

Marinas are very social places. There are often small “parties” or gatherings, the people are all well-traveled and have plenty of exciting sailing stories to share with likeminded people. If you are looking for somewhere that you can feel embraced by the community, the sailing community is the place to be. Even if you find yourself moving from place to place, marina to marina, you will always feel somewhat at home.

So many of the people who choose to live aboard their sailboat do so to avoid the worst of the cold. If you typically live up near Long Island you may find the winter months unpleasant, the sunny beaches of Tampa Bay may start to look more and more appealing. If you live in a house, you can do little more than a dream. With a sailboat, you can set sail the very next day for the warm Floridian waters.

Can you live on a sailboat year-round?

If you were to live somewhere such as New York in winter, you may find it very unpleasant. Boats are not as well insulated as a house or apartment is. New York can drop to -20 degrees in the dead of winter which would be horrible on a sailboat.

The insulation is poor, the heating system won’t be the best, and you are literally in contact with water that may well freeze completely, damaging the boat’s hull.

What are the advantages of living on a sailboat year-round?

There are several advantages of living on a sailboat year-round. So long as you have the right personality and means to make it work, it can be great. Here are some of the biggest advantages to living this way year-round, as opposed to seasonally.

Living on a boat doesn’t cost you money for rent the same way an apartment does, but it does require renting a marina slot. The price could be far less or far more than renting a normal home, it just depends on the marina.

The reason living on your sailboat year-round opposed to seasonally is so much cheaper for you is because you still need to rent a marina slip regardless of if you live on the boat or not.

If you decide to spend 1/3 of the year in an apartment somewhere, this means you now need to pay for the apartment and the marina slip. Over 3-4 months this can become very expensive.

If you are flitting between being on the boat and being on land you are constantly changing your pace of life. Living on a boat is a far more simple life than living in a typical home, by having to juggle doing both you are just increasing your stress levels.

By choosing to live on a boat year-round you are going to find it much easier than switching between the two. Of course, you would also find it easier to just live in an ordinary home. But, that’s probably not going to be as interesting for you. It also means constant re-adjustments to how you live. It is almost as if you would have to live two lives.

Freedom has been touched on many times before in this article. But, it applies even more so to those that live on their sailboat year-round. Having to make sure you find a marina to dock at for a few months of the year when you would otherwise be elsewhere is very restraining.

After all, isn’t that the whole point of living aboard a sailboat?

So you can be free to sail wherever you like whenever you like. Having to commit to returning to a specific city for winter, or whichever season it may be, defeats the point of being free to go where you like when you like.

What are the disadvantages of living on a sailboat year-round?

Sailboats are small. Even the largest sailboats are small in comparison to an entire house. While with a house you could have entire rooms, a garage, and cabinets everywhere; your boat won’t. Because it simply can’t.

You will have to sacrifice so many of your possessions when trying to fit the essentials on the boat. You could store extras in a storage container, and you actually might even have to. Boats have very limited storage. This is part of the reasons boat living is seen as a simpler lifestyle, you won’t be able to keep all of the junk you have accumulated over the years. This is either a pro or a con depending on your outlook.

Sailing away from the harsh winter seasons is great, but there is no escaping bad weather entirely no matter where you are. Even states like California have occasional storms. They can lead to serious damage to your boat, be it from flooding, stormwater, hail, debris, or lightning.

You are at risk of being injured staying on your boat during a severe storm. You probably won’t drown in a marina unless you can’t swim at all, but you could be seriously injured. You can’t outsail the storm, at least not easily.

Hard to have guests

If you are a sociable person living in a marina can be great. The problem is, it can be hard to have guests visit your boat unless you have a very large vessel. You cant have your family, kids or friends spend the night.

This can be sometimes upsetting for people who like to have a busy social life, you can still host guests but not as easily. They are also a liability for injury on your boat.

Hopefully, this article has given you a good idea of what living year-round on a boat is like. It can be great, but it isn’t for everyone. Try living on a boat for a few months before committing to doing it year-round. See the best sailboats to live in, here.

There is a big difference between spending a week or two on a small boat and spending 52 weeks on it. Most people find splitting their time between the shore and the sea to be the best middle ground, even if it can be more expensive.

Can You Live On A Sailboat Year Round?