Can Sailboats Use the Panama Canal? 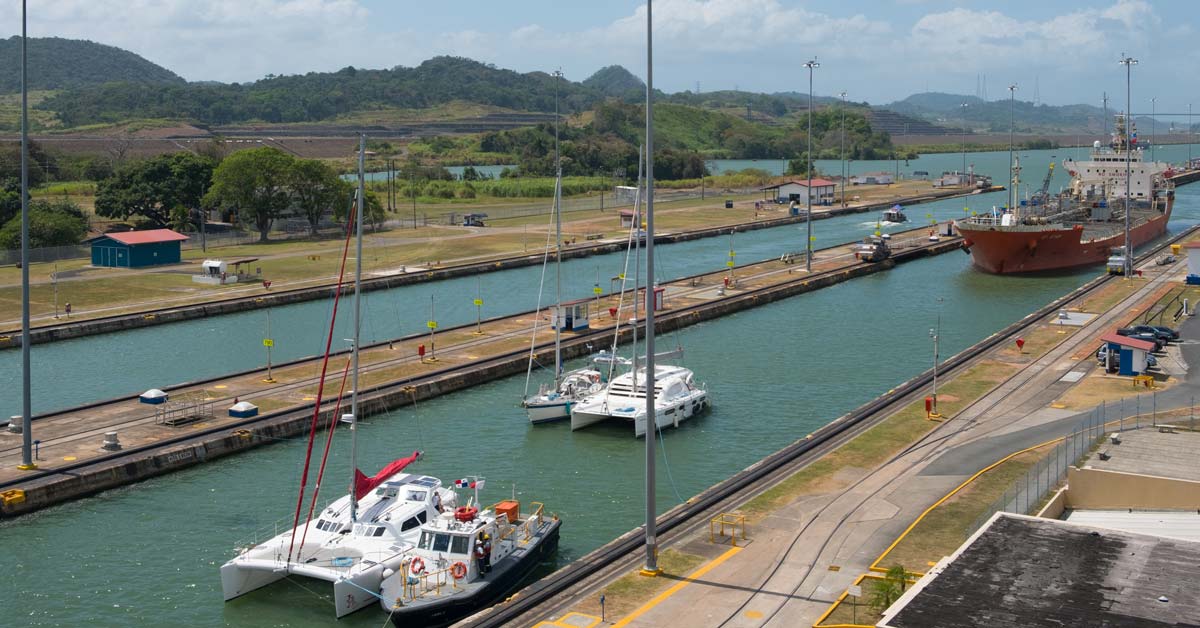 Can sailboats use the Panama Canal? Yes, they can. You, however, have to keep in mind that it can be expensive, time-consuming, and stressful. But even with that, it's unquestionably one of the most epic adventures that any sailor can undertake. There are three ways that a sailboat can sail through the Panama Canal. The most common one and probably the safest is the center-chamber lockage. This involves rafting up two or three boats abreast. A sailboat can also moor alongside a tugboat or get tied against the cement walls of the canal. The latter is less desirable because the water turbulence can crash your sailboat.

So if you've decided to transit your sailboat through the Panama Canal, there are some important factors to consider before embarking on the voyage. You have to consider time and all the expenses involved, as well as all the rules and regulations. And because your sailboat can be allowed to pass through the Panama Canal, here's everything you need to know before embarking on the journey.

How To Use The Panama Canal With Your Sailboat

Plan for the Trip

When it comes to sailing through the Panama Canal, one of the most important things is being prepared for the trip through the canal and this involves having a plan. In most cases, you'll have to complete some passage requirements days before the actual passage. In other words, you cannot head to the Panama Canal and expect passage on the very day.

As such, you can head to the Shelter Bay Marina and make your plans from there. This is, of course, a hub of sailors doing the Panama Canal transit. It's certainly a very suitable place to organize everything including getting the permits, picking up a crew, and making your plans.

Length: The vessel should not exceed 950 ft. in length.

Width: The vessel should have a width not exceeding 161 ft.

Height: The height of your vessel should not exceed 190 ft. from the waterline to the highest point of the boat.

Draft: The draft should not exceed 44 ft.

Cargo Capacity: The maximum cargo allowed should not exceed 120,000 tons.

As you can see, your sailboat will most probably not exceed the above-highlighted vessel requirements and can be allowed to sail through the Panama Canal as long as other thresholds are met.

Getting Your Sailboat Weighed and Measured

The main aim of the weighing and measuring process is to allow the Panama Canal Authority to ensure that your sailboat meets all the requirements. It also allows them to note any possible issue with your vessel that might affect a smooth transit through the canal. Whether by yourself or through an agent, you can schedule a measure to carry out the measuring and weighing process. Remember, all the measurements for the Panama Canal transit can only be done by an official representative of the Panama Canal Authority. Most of the officials speak English and you can arrange a time and location for your sailboat's measurement.

There's always obligatory paperwork that you have to do before your sailboat can be allowed to make the transit. This means that your vessel will have to dock for a period of time while waiting for your turn to transit. In terms of the paperwork, the Panama Canal Authority requires advance notification of 96 hours to accommodate the arrival of any vessel planning to transit through the canal.

You can either do the paperwork yourself or hire an agent. While the agents know how to maneuver their ways through the process, they always charge a fee. This means that you'll spend more if you hire an agent but will have the paperwork done a lot faster than if you choose to do it yourself. In the paperwork, you'll have to state where your sailboat is and when you'd like to get measured. All in all, the paperwork and transit logistics are always complex so you can opt to hire an agent to help you with the logistics.

Once you're done with the paperwork and measuring process, you'll get a form that requires you to proceed to the bank and make payment. Needless to say, paying the canal transit fees is a very crucial step and you'll have to pay the fees before you can be let to travel through the canal. You have to keep in mind that the fees that you pay will vary depending on the size of your sailboat. Here are the costs of transit.

There are also other fees including visas and passport check-in that you have to put into consideration. It's always good to be aware of these costs upfront and see whether or not you can afford to make the transit.

The four robust fenders are essential in protecting your sailboat from any damage that might be caused by bumping around in the canal locks. You should also have meals, snacks, and beverages to take you through the entire transit, which can take between 8 and 10 hours and sometimes even up to two days. That being said, you must have enough supply to last you and your crew up to two days.

You'll also be assigned an official advisor by the Panama Canal Authority to ensure that everything goes to plan. He/she must join you on-board and will act as a mentor throughout the transit. As such, you should also have enough food to sustain him/her as well as some extra cash in case you're forced to spend the night at the dock due to some unanticipated reason.

Center solo - You transit at the center of the canal with four fenders on each corner of the sailboat. The line handlers must be very active and you can wait for a little longer to make the transit because you'll be sailing all by yourself.

Side tie - This involves being a tugboat alongside a commercial boat. This doesn't require active line handlers as your sailboat will rise and lower based on the movement of the larger boat. With that in mind, you will share a lock with the larger ship but this cannot be cost-effective, especially if you're on a budget.

Rafted - Two or three sailboats tie up together at the center of the canal and tug behind or in front of a larger ship with the two outside boats having two lines on each side of the boats.

Piloting Your Sailboat through the Canal

The Panama Canal Authority will assign you a captain to pilot your sailboat through the canal, which is approximately 51 miles long. You'll have to go through 12 locks that are designed with systems of levels that can lift your vessel 85 feet to the main elevation of the canal and back down. The water levels will change when the lock doors close and the line handlers will loosen or tension the lines based on the advisor's instructions. They have to, therefore, be very attentive to avoid any potentially dangerous situations for the boats.

Keep in mind that each lock is approximately 300 meters long and can either be filled or emptied in just 10 minutes. You can then continue on the Atlantic Ocean or the Pacific Ocean once you've transited through all of them.

To this end, sailboats can use the Panama Canal. However, it requires planning, preparation, time, and money. The system is quite complicated and there are set deadlines and guidelines that you must adhere to. You have to be ready to pay the costs associated, be patient, and follow the set guidelines.

All in all, transiting through the Panama Canal on your sailboat is, without a doubt, an adventure of a lifetime. Go through it and it will stay with you for the rest of your life!

Can Sailboats Use the Panama Canal? 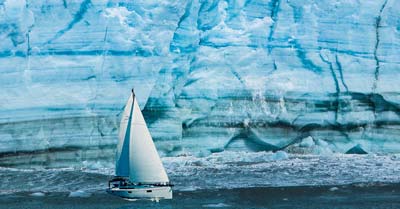 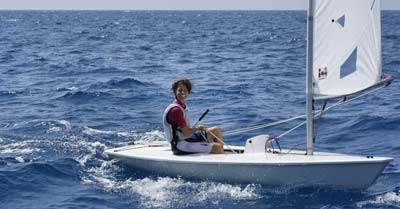