When did Sailing become a Sport? 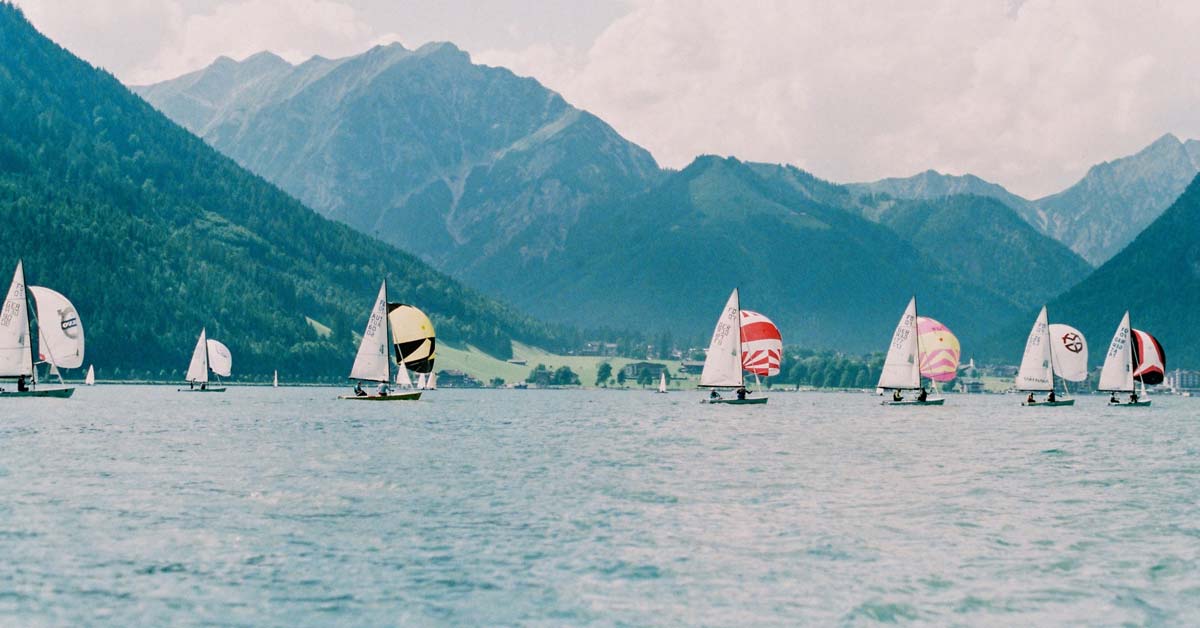 Even though sailing as a means of transportation has been around for thousands of years, long before recorded history, sports sailing began in the 17th century in Holland.

Sailing is, without a doubt, a perfect way of experiencing tranquility and freedom on the water. While millions of people around the world participate in sailing, did you know that sailing was once an activity limited to the wealthy class? Today, sailing is no longer just an activity for the rich and famous. Instead, it has become a sport for everyone. For some, sailing is simply a recreation; a great way to enjoy and steer the massive and beautiful sailboats. But to others, it's a sport and a perfect opportunity to probably participate in the next Olympics. Whatever the reason, it's important to look back at sailing as a sport and how it has evolved to become one of the most popular sports in the world.

In the ancient time, sailing was perceived to be meant for the privileged classes in Rome, Greece, Egypt, and Asia. And even though they would sail the oceans and seas in their massive ships, it wasn't until the 17th century that sailing first became a sport in Holland. Using boats that measured up to 65 feet, the Dutch would use these boats to compete before it became a sport in England and before it eventually expanded to the American colonies. It was then that sailing became an actual sport.

In this article, we'll take a brief look at sport sailing; how it started, developed, and evolved into what it is today.

A Brief History of Sport Sailing

But before sailing became a marvel that it is today, it started by accident when man realized that he could use the power of the wind to propel a boat. Sailing quickly turned into a means of fishing, travel, and was widely used for recreation. While sailboats had been as a means of transportation for centuries, the beginning of sport sailing can be traced back to the early 17th century in the Netherlands.

Many sport sailors of the time had to gather socially to discuss and form yacht clubs to promote this new sport. This was the beginning of the oldest clubs; yacht clubs. Soon after Charles II was given a yacht as a gift by the Dutch, the art of sport sailing quickly spread to other parts and the first yacht club in the world was opened in 1720 in Cork, Ireland.

It was more than a century later in 1844 when the New York Yacht Club (NYYC) was opened in the United States. This yacht club was started by a gentleman known as John Cox. Together with his fellow New Yorkers, they would race against other local sailors.

America's Cup was and still is probably the most famous competition and trophy in sport sailing. The NYYC decided to take sport sailing to the next level; an international level. They built a 100-foot sailing yacht; a schooner that they named America. These sailors sailed across the Atlantic to race against their counterparts in Britain. The competitors sailed around the Isle of Wight in England.

The Americans won the inaugural trophy, which was named the Hundred Guineas Cup. They, however, decided to rename the trophy and the competition to the America's Cup. Today, this sailing race remains the oldest sailing competition in the world and arguably one of the most prestigious international events in the world of sport sailing. The Americans dominated the sport for 132 years (1851 to 1983) when they were defeated by Australia.

There have been many changes since the beginning of America's Cup. Most of these changes have revolved around the types of sailboats used in the competition. These types of boats include:

One-design Boats - These small-sized boats are known for their speed. They generally range from 7-feet to 40-feet in length.

Handicap Boats - These are sailboats that are designed to allow their users to race at an equal level with larger and deeper boats.

Rating Boats - These are boats that are meant for sailors who have more skills, experience, and knowledge of the sailing sport. They generally differ in terms of length, sail area, and displacement.

Today, America's Cup is governed by the International Yacht Racing Union, which was formed in 1907. Most rules are put in place to ensure safety and avoid collisions.

Sailing as an Olympic Sport

The first time sailing was recognized as a real sport was in 1896. This was when it was included in the Olympics Games in Athens. Unfortunately, the weather was so bad that sailing wasn't held. As such, sailing had to wait for another four years to make its Olympics debut in 1900 in Paris. At the time, boats were still categorized in weight classes. In the early Olympic Games, women were allowed to compete in the same teams as men but this was changed 88 years later at the Seoul Olympics in 1988.

The Evolving Design of Sailing as a Sport

In the beginning and as we've just noted, sailboats were categorized in weight classes and men and women were allowed to compete in the same teams. But just like any other sport, sailing has had its footing technology and has made significant advances in terms of yacht designs and the use of technology and equipment. Sailboats have become lighter, attained much more speed, and require an even greater technical ability from the sailors.

For example, foiling has become a superb phenomenon in the last ten years. As such, boats have reduced weight to become lighter and fly above the water. There are also other advancements such as routing, GPS, and other technological gadgets that are now available even to the average sport sailors. In terms of technology, sports sailing has indeed come a very long way from the days when sailors had to rely on a mere sextant, a compass, and, of course, raw energy.

Just like other sports, sailing has different categories and classes. They include:

Fleet Racing - This is a race that involves anywhere from four to hundreds of sailboats. Each team must have at least three races to be considered. The team will have to race the boat around the predetermined course and the team with the lowest score will be the winner.

Match Racing - This revolves around two teams competing against each other like they do in America's Cup. The main aim of this race is to reach the finish line before the opponent. In other words, it's all about being faster and tactical than your opponent.

Team Racing - This is generally a race that involves two teams competing against each other using three boats each. The techniques involved may be similar to those of match racing but with a different twist in the sense that the final tally of a team's boat is all that matters. Generally, a team that scores 10 or fewer points wins the race. As such, teams will use various tactics to help teammates to increase the team's chances of winning.

Offshore Racing - This is a form of a sailing race that involves sailboats covering over 800 miles. It involves the use of ocean-going powerboats and is generally a point-to-point form of sailboat racing.

In essence, there are different forms of sailing competitions that can be considered sport sailing.

Important Things to Do Before Sport Sailing

Sailing isn't just about power. It revolves around the use of skills while also harnessing both your physical and mental powers to power a boat through water using wind. As a competitor, it's, therefore, important to be fit, agile, tactical, and mechanically competent. There are sailing races that can last for hours, days, or even months and this requires competitors to be athletic, skillful, and have the technical abilities to maneuver some of the most challenging situations.

Again, the physical demands of sailing may also vary depending on several factors such as the size of the boat, the number of the crew, and, of course, the weather conditions. For this reason, sailors must train and have a proper diet tailored to their individual bodies and competition needs. They have to be properly hydrated and eat well not just before completion but at all times.

Planning ahead is also important in maintaining optimal performance both during training and throughout each regatta or competition. So whether it's about training, diet, or the competition itself, planning ahead is always a critical part of sport sailing. You should also have enough rest and proper recovery time to ensure that you're rejuvenated and ready for each phase of sailing competition.

So is Sailing the Best Sport in the World?

Whether you've been sailing competitively or for recreational purposes, very few things can actually match the sensation of being out on the water, filling the sails with wind, dealing with the powers of nature, and depending on your skills and experience. This is perhaps one of the main reasons why the art of sport sailing remains one of the most popular sports in the world.

Today, sailing has evolved to become one of the most popular and most challenging sports in the world. In fact, many people do not just consider it a sport; it's a seriously interesting way of life.

When did Sailing become a Sport?